When you upload a file to Nosto to bring your own customer data, it must respect a CSV UTF-8 format.

To help you in this process, you can download an example of file here and in this article, we will focus on exploring the data structure and how the data will be used by Nosto once it's imported.

One column header must always be labeled "Email", "Email Address", “E-mail” or “E-mail address" (case insensitive) with email addresses listed underneath. Each email address represent a customer. Additional columns, once comma-separated, can point to customer attributes are corresponding values are then mapped to the relevant customers. 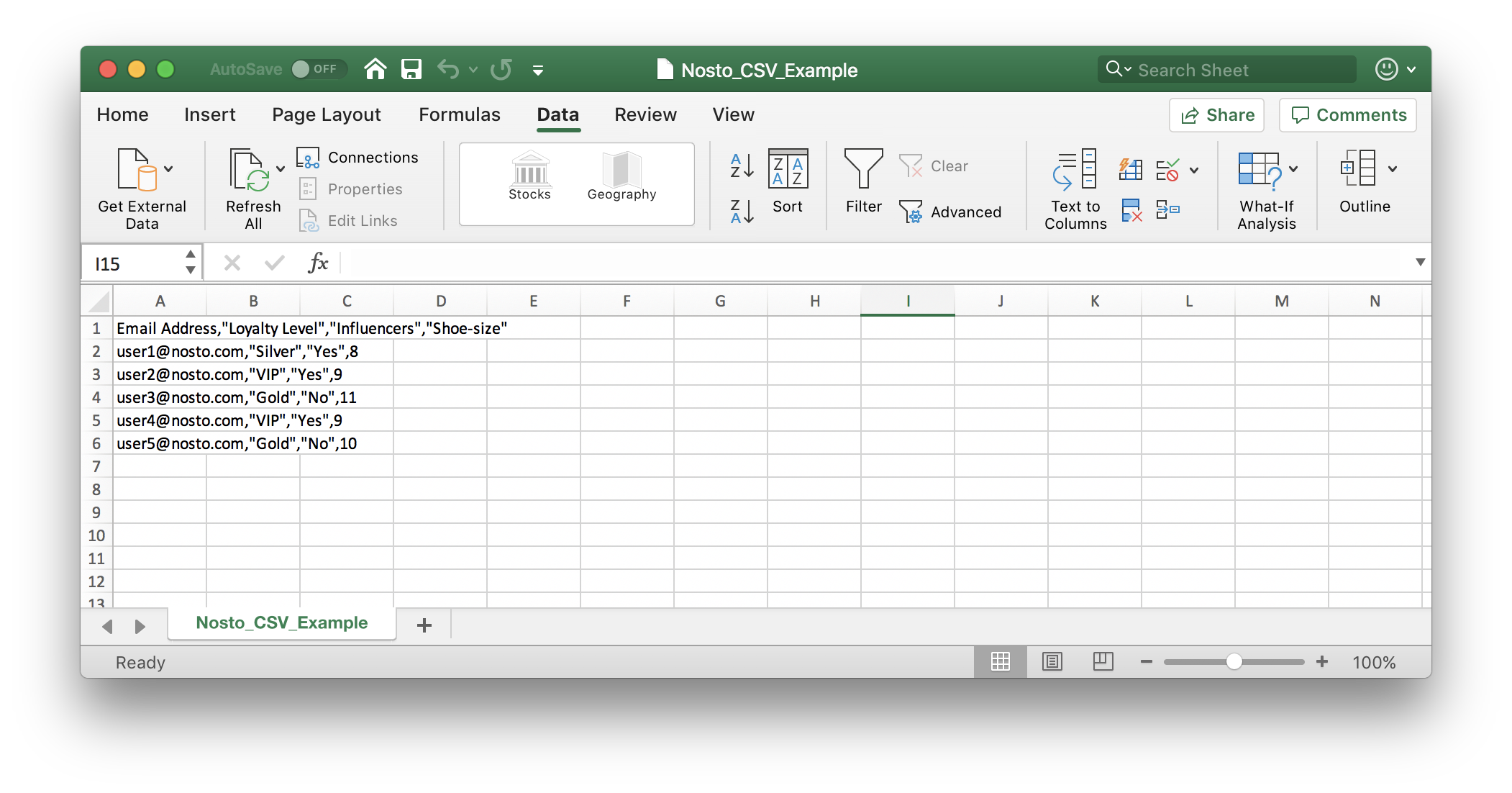 We recommed you to use Excel's Text to Columns functionality to format the file and understand more easily how the data will be processed by Nosto:

Once the file is formatted, the data is structured as such: 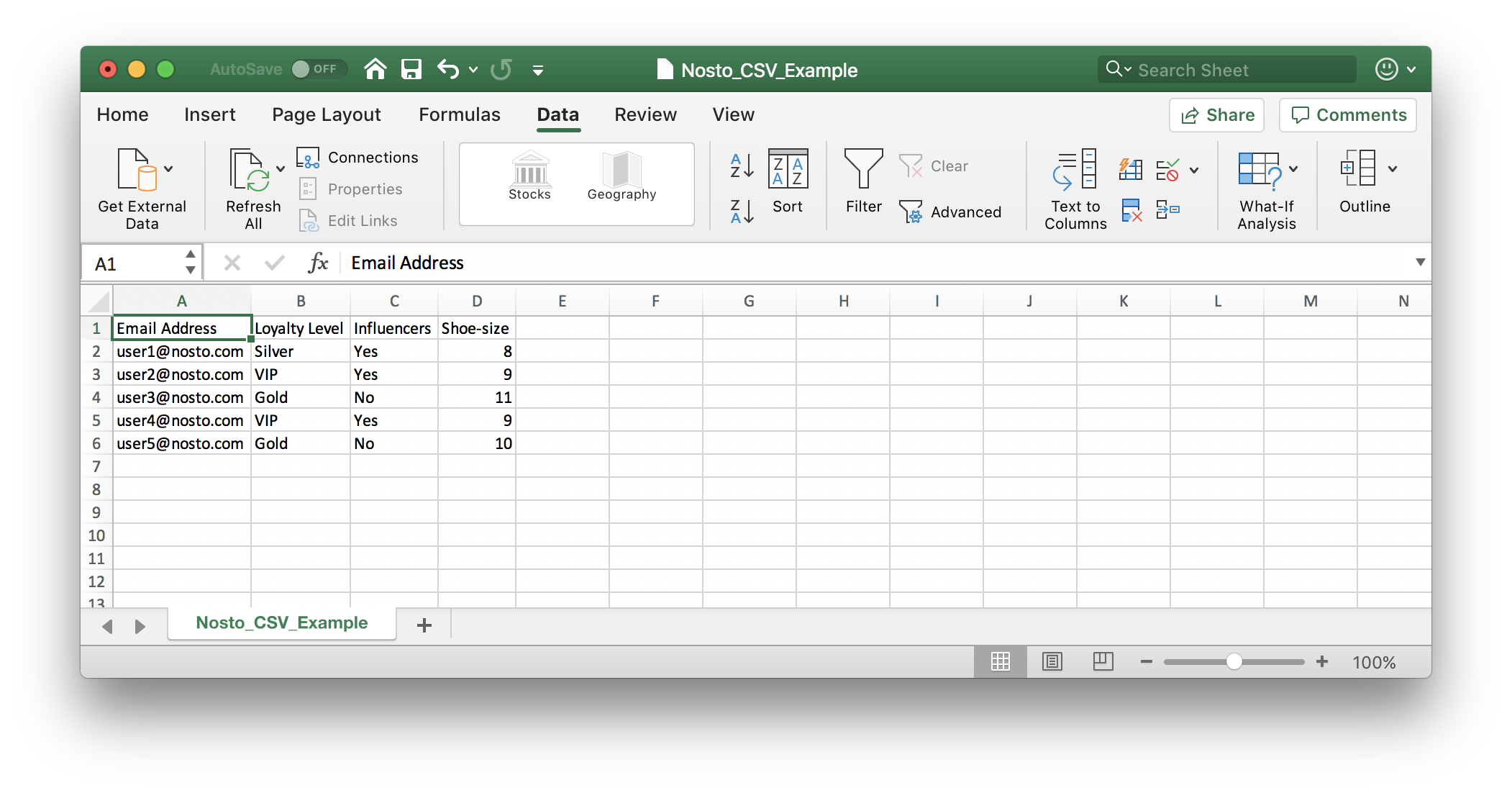 Looking at this file, the following customer data will be imported to Nosto:

If an email address is missing, or if the format is incorrect only in one or multiple lines, Nosto will not successfully process the customer data. However, the rest of the file can be successfully imported if format is adequate.

For the sake of this support article, the .CSV file above will be uploaded to Nosto with the following name: "My first imported list".

Once customer data is successfully imported, the list is displayed along with the import type, import status and dates of import & updates. Users can now select an imported and create specific segments.

With the example above, users can now create the following segments: 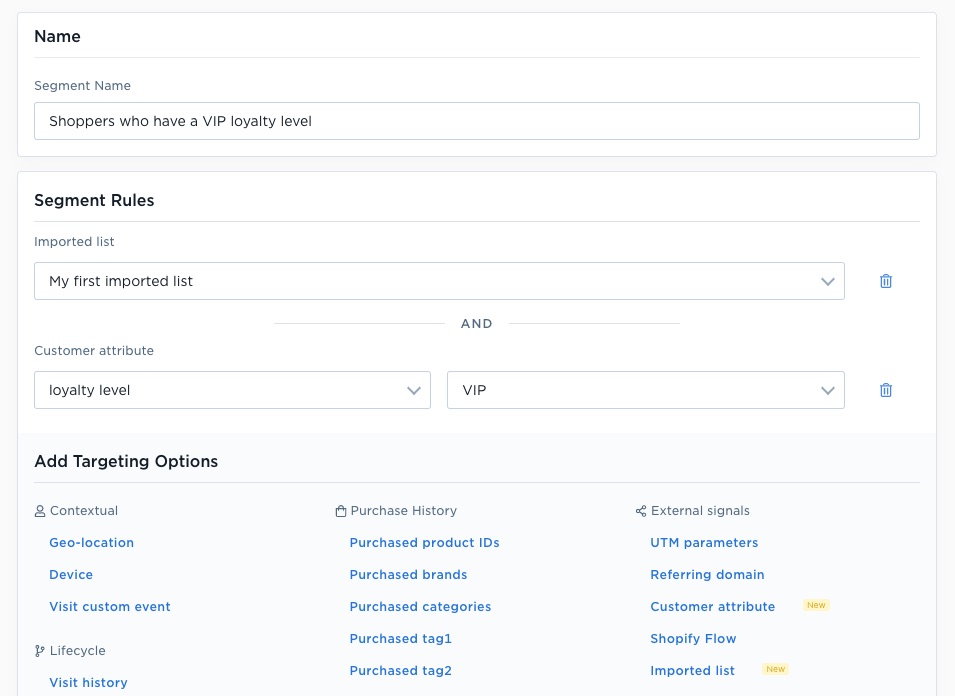 With the configuration above, user2@nosto.com and user4@nosto.com will be included in the segment. 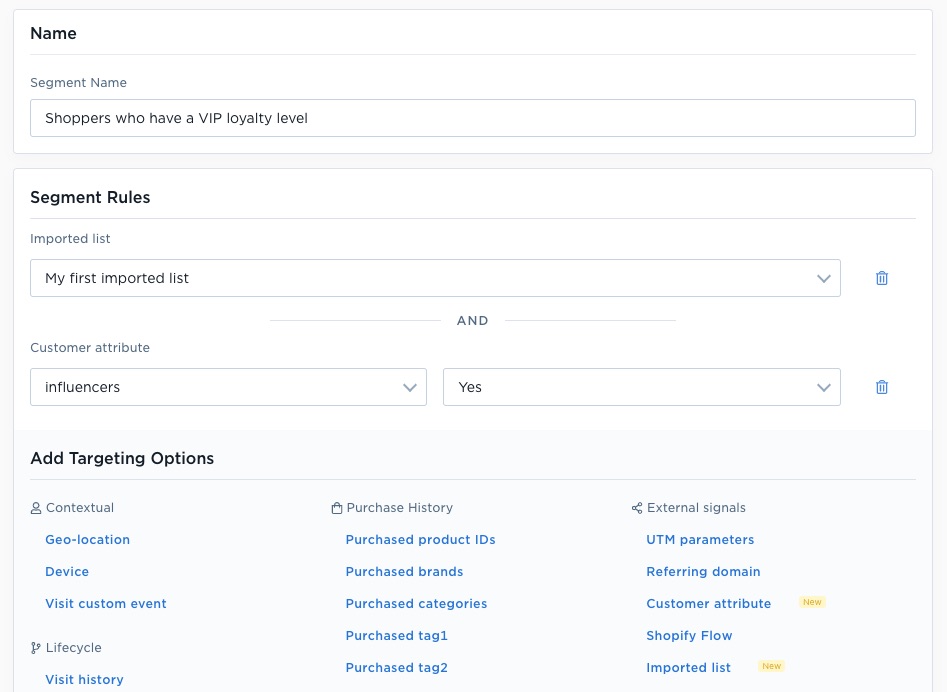 Note: The scenarios above are fictional and all mechanisms to define loyalty levels and how to transfer shoppers from one loyal level to another, whether a shopper is an influencer or not and collect shoe size is handled in a third party platform and passed to Nosto.

We recommend you to respect the following guidelines to create a CSV file from scratch: https://www.wikihow.com/Create-a-CSV-File