Each Nosto account is delivered with a default, best-practice setup of product recommendations and equivalent slots for your convenience. Adjust visibility settings and other configurations freely to build a perfect match for your business and site!

Open Recommendation Slots menu. Nosto accounts are delivered with a default, best-practice setup of recommendation slots for your convenience so no need to surprise since this menu is not empty!

Under slot-menu you can edit recommendation titles and also enable/disable individual recommendation slot from appearing by changing the status of each recommendation under “Visibility”. If a recommendation is set as disabled, it is not displayed publicly. The visibility only controls the setting in Nosto’s service, meaning that equivalent placeholder for the recommendation needs to be present on a target page. 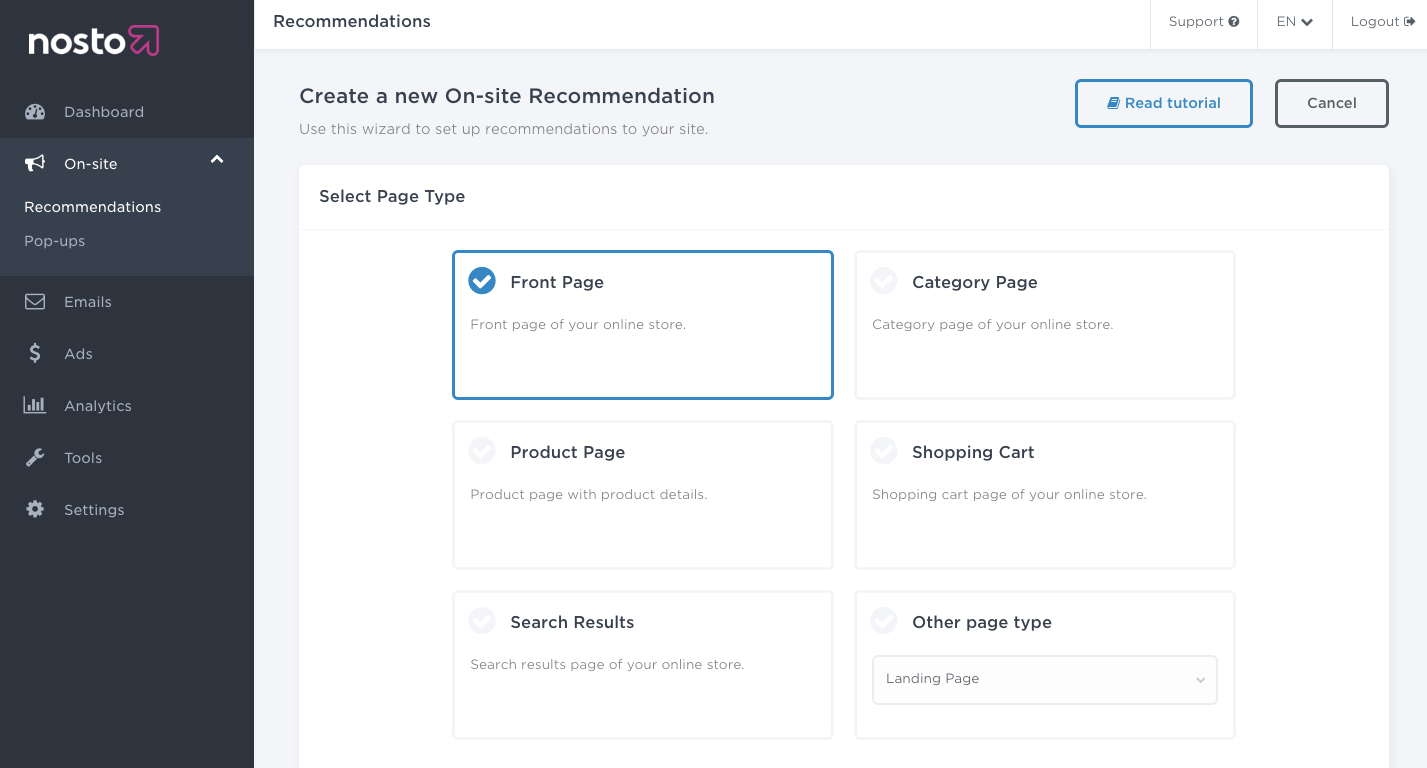 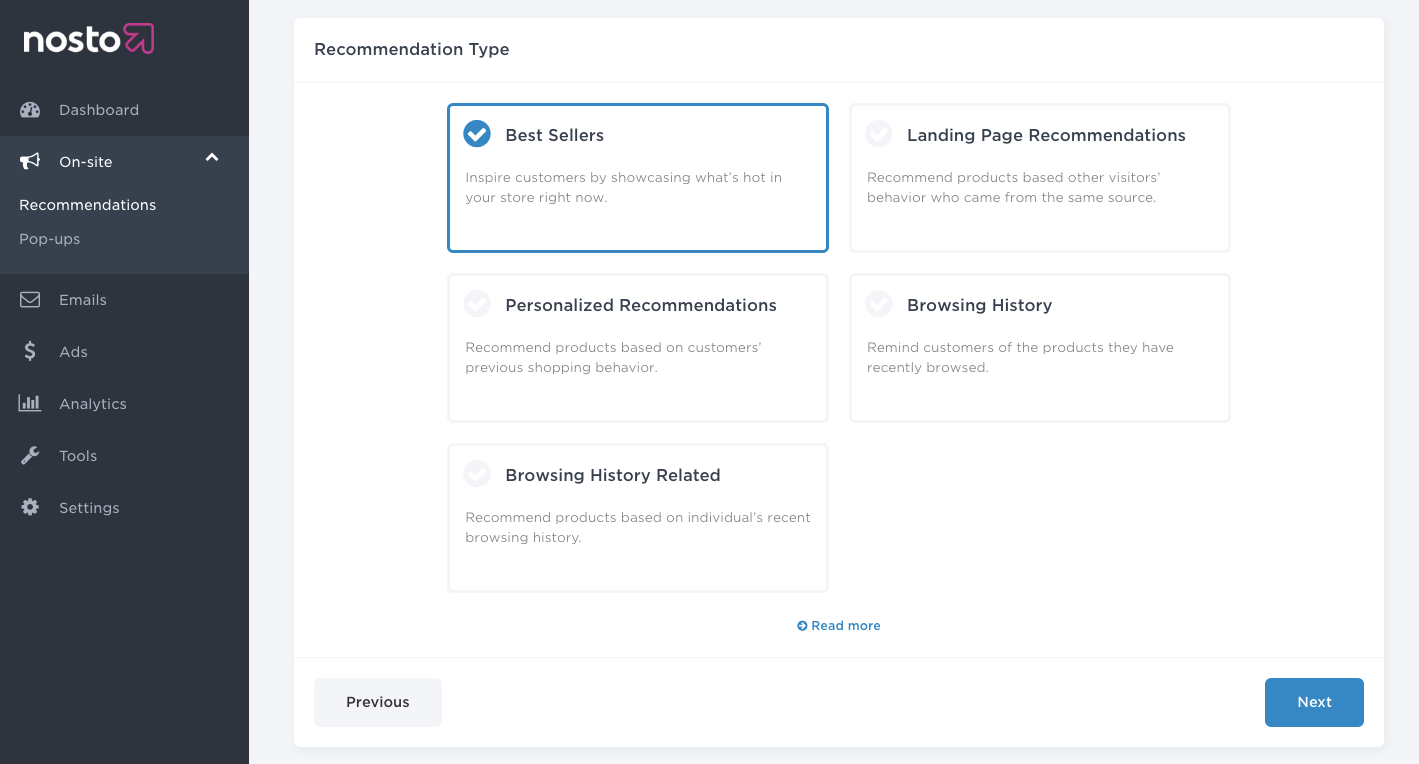 After that, defining the inclusion and exclusion filtering rules according to the business needs. 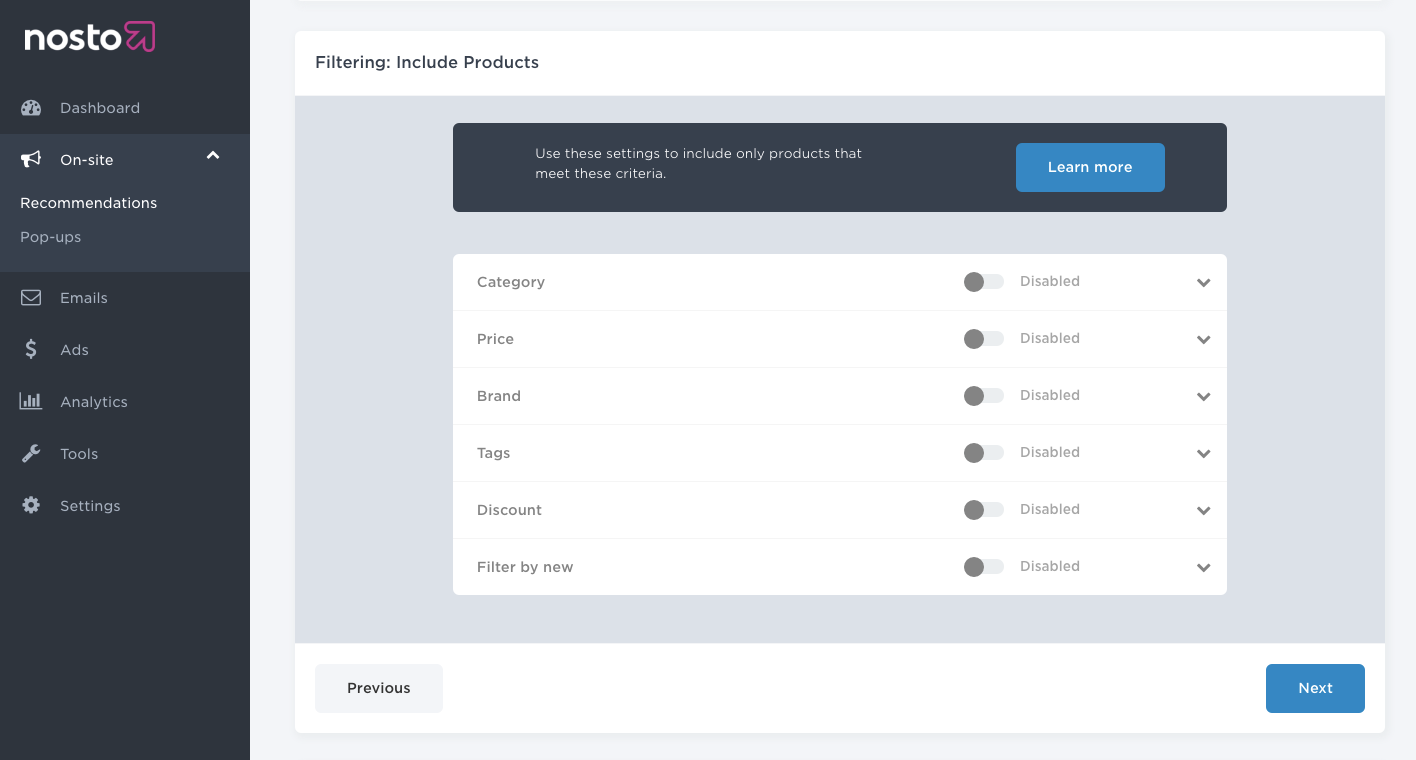 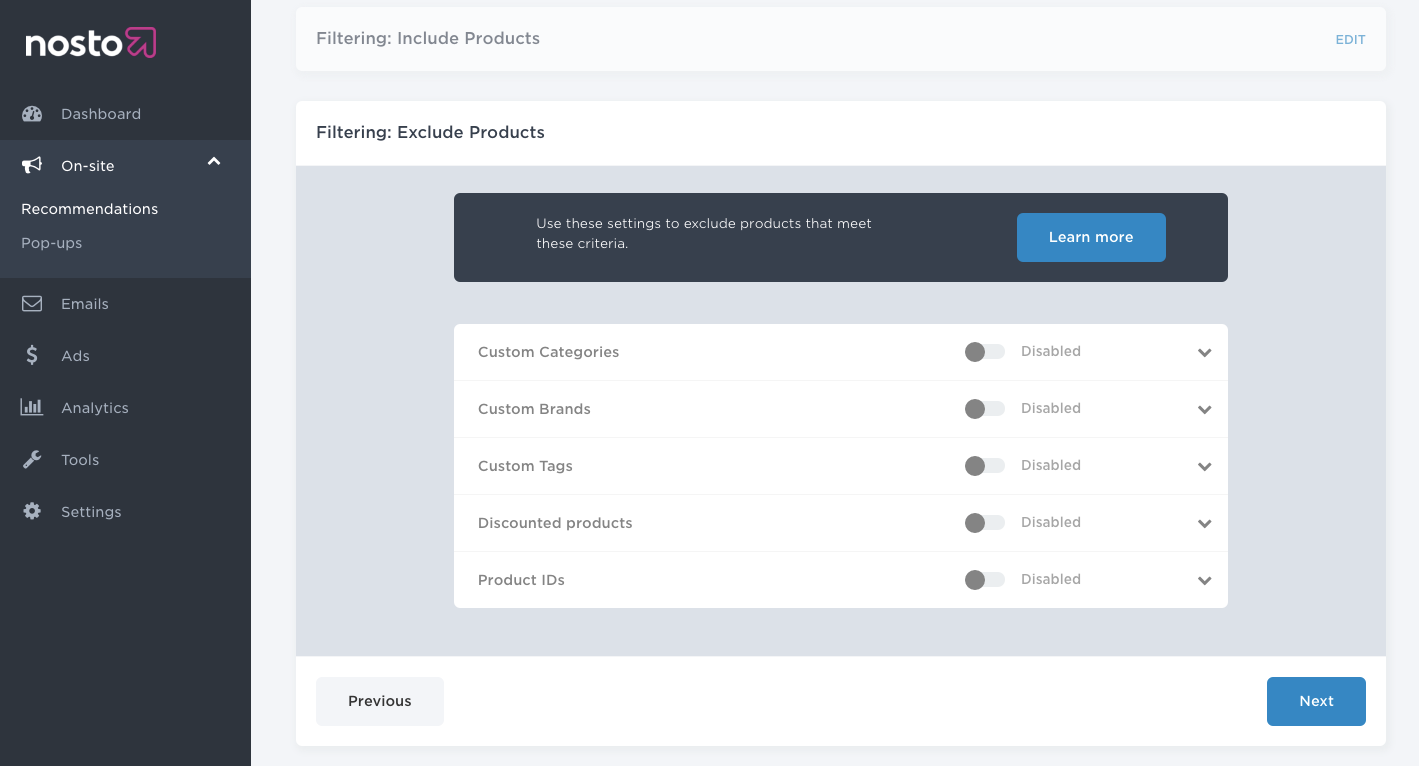 Learn more about the inclusion and exclusion filtering rules here.

Once you have defined the filtering rules, a template needs to be tied to the recommendation. The template gives the look and feel via an HTML structure and some CSS selectors. Nosto default templates feature built-in easy editor tools such as below. Tools allow quick editing of some of the visual settings i.e. the web-design on the fly, yet every aspect of design is fully customisable by creating new, custom templates, which are then embedded for recommendation as described earlier in this article. 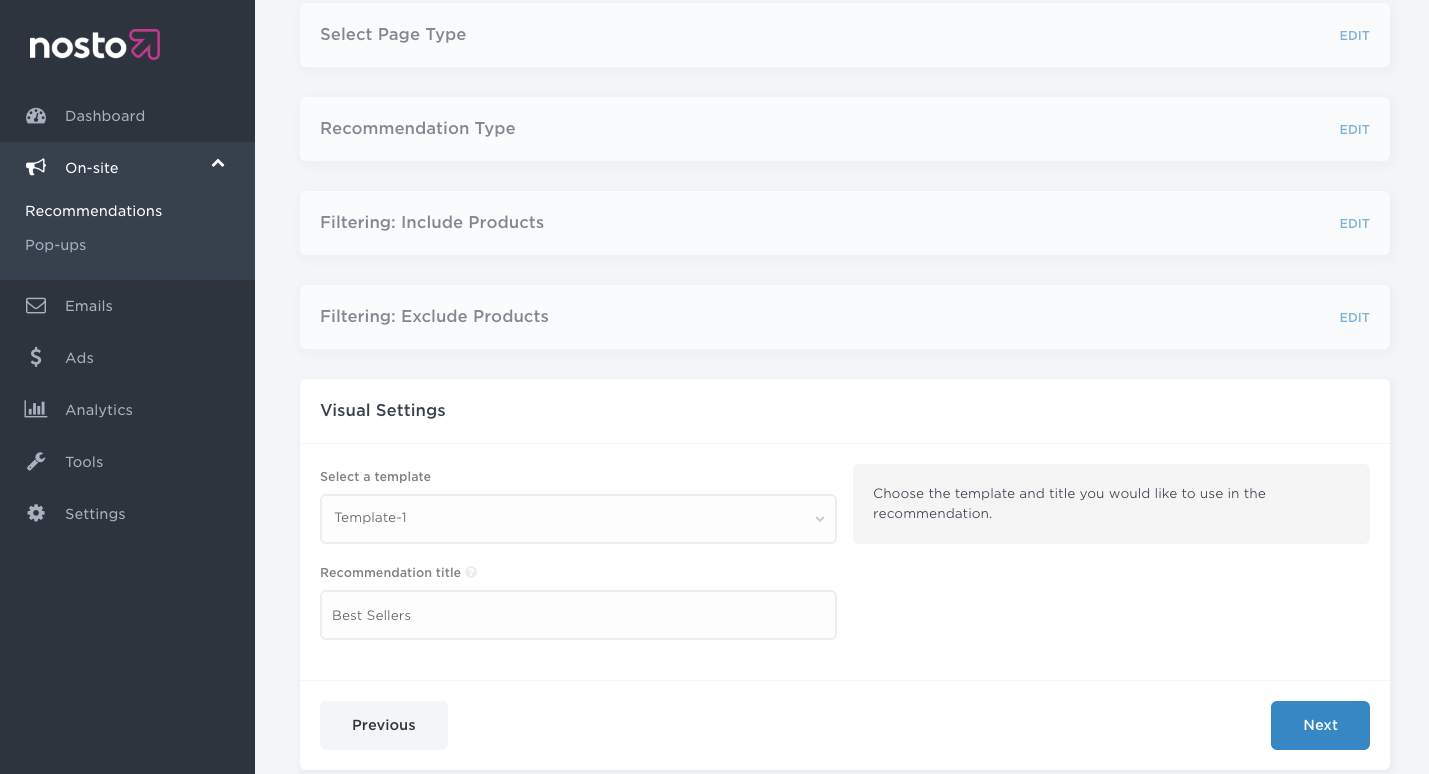 Note: if you have created your own template, you can select it from the dropdown menu.

Review the settings at the Final Touches stage. Save as draft allows you to activate the product recommendation at a later stage. Save and activate do the obvious. 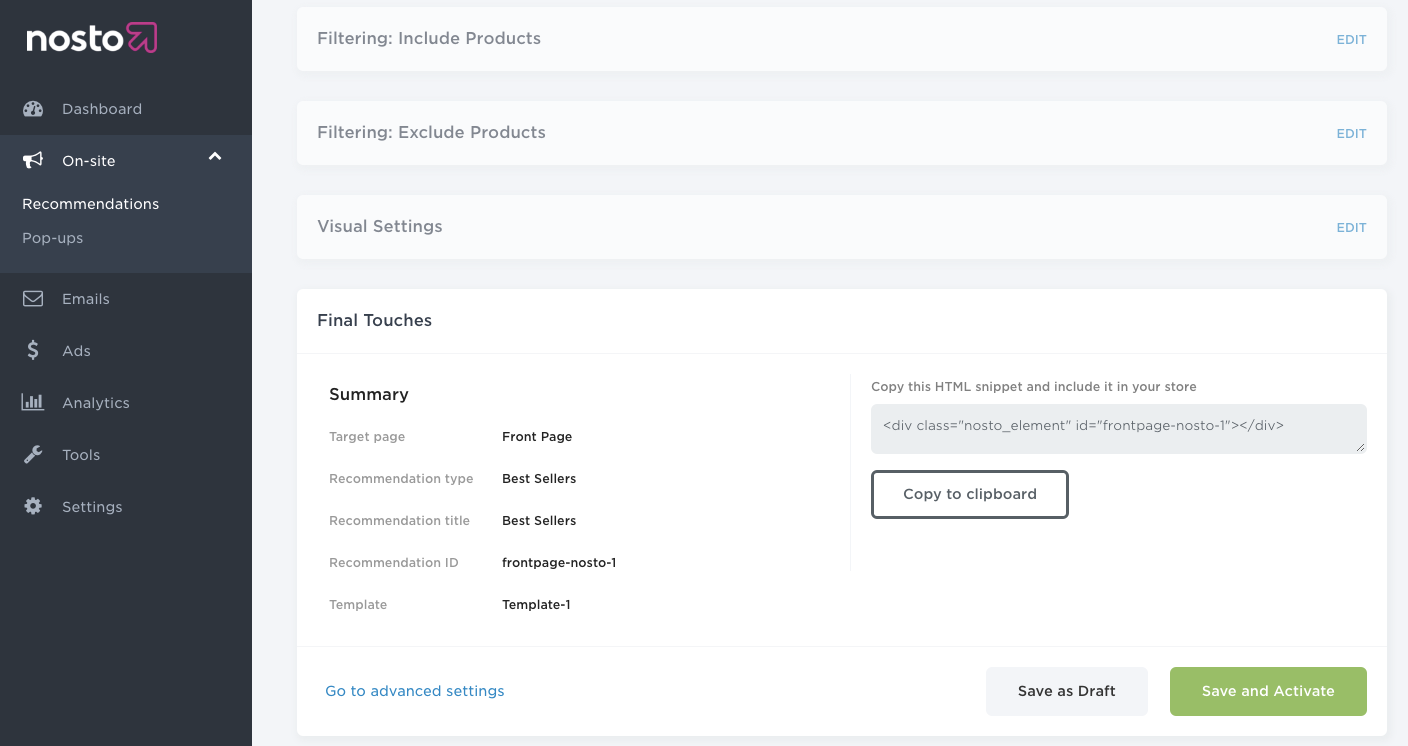 The main feature is the Html code in the grey box. This is the product recommendation placeholder code or snippet which is positioned on the site to preferred position. Once this has been set, all aspects of appearance and context of the recommendation are controlled from the Nosto admin.