Using a mini cart in your store and showcasing cross and upsells as part of this is a great way to incrementally increase the average order value in your store. 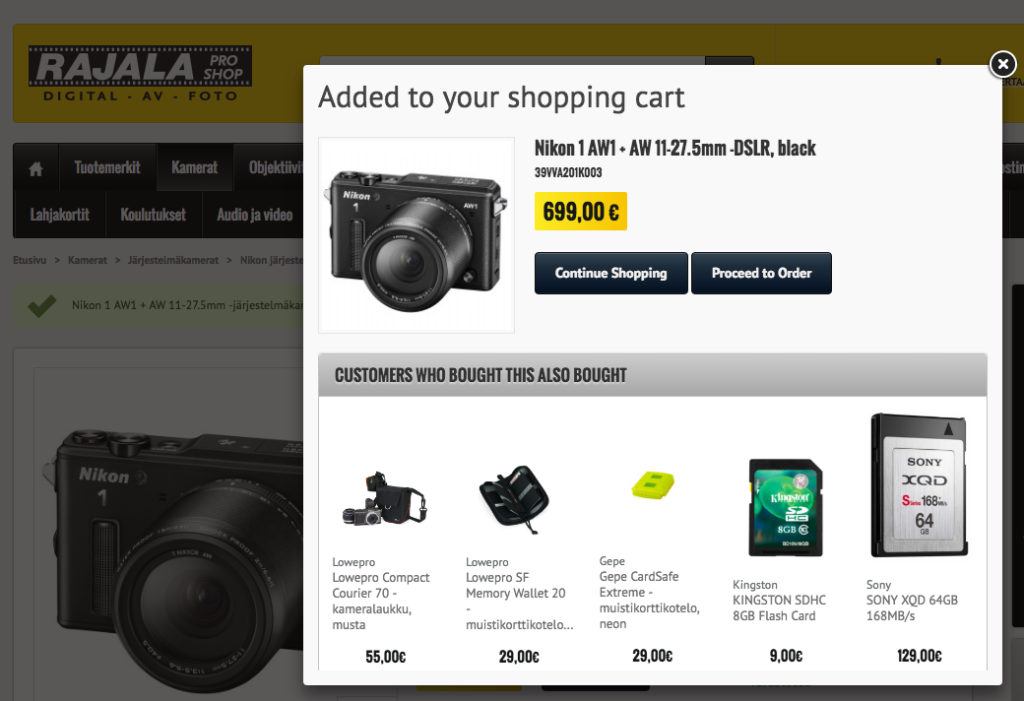 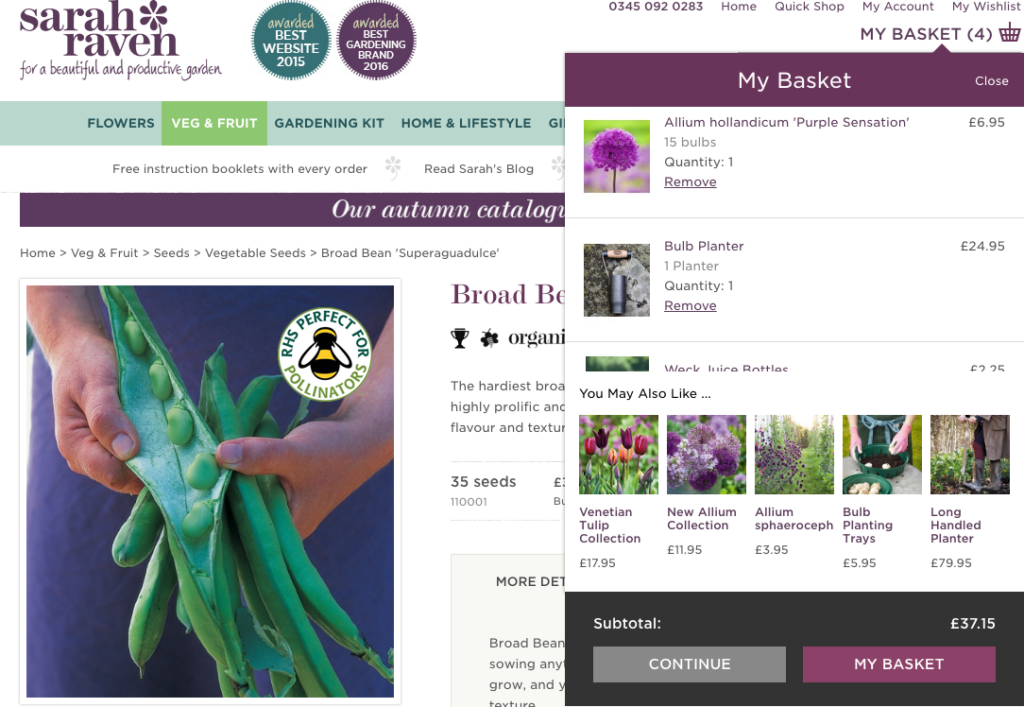 How to get started?
The technical implementation requires a tiny customisation added to your site itself, because mini-cart drop down elements and site’s native add-to-cart pop-ups are practically always loaded dynamically and not as a part of the page load. This means that without re-initiating Nosto’s javascript, we’re unable to produce the recommendation as data about cart content or recommendation is not changed between a browser and Nosto, respectively.