All Collections
Settings and Troubleshooting FAQ
How does the Nosto blacklist feature work in connection with a 3rd party?

How does the Nosto blacklist feature work in connection with a 3rd party?

New visitors and Expected mapping in check-out or registration

By default all new visitors are unidentified, hence their status in light of marketing permission is either unknown or false towards Nosto. When a visitor either logs in, registers or checks out, they can grant their consent for marketing, essentially by opting in for marketing emails. Typically this is read from a checkbox which a user ticks during the check-out process or alternatively this can be a similar checkbox in the log-in area. 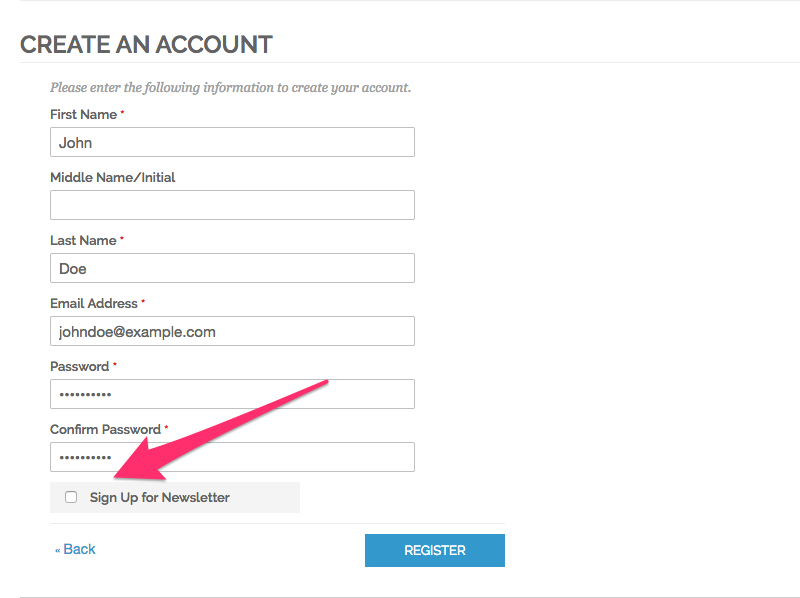 Email addresses acquired through Nosto pop-ups don’t have a direct impact to marketing permission as according to for example GDPR’s (EU regulation) article 32 a soft, single opt-in approach is not a sufficient and unambiguous consent from an end-user and therefore not sufficient to be used for marketing purposes. In practice any person could submit any email-address through the pop-up effectively signing-up a new recipient for marketing emails, hence a hard opt-in as double opt-in is in practice required.

As an outcome, there are two methods to process and acquire consent:

Nosto unsubscribe list is an additional layer and control to cancel emails, but the unsubscribe list doesn’t control or adjust the marketing permission itself. In order for Nosto to dispatch emails to a recipient if an email/contact can’t:

Or the other way around, only non-blacklisted contacts which have marketing permission set as true can receive Nosto Emails.

Third party blacklists or consent systems don’t by default synchronize marketing permission to Nosto, but this can be achieved by leveraging the consent function in Nosto’s API. As a recommendation, it’s likely more scalable to integrate blacklist and opt-in consent detail to the shop platform, output the consent in tagging and allow Nosto to read consent (marketing permission) directly from the tagging.

Currently the method of syncing users who have unsubscribed from Nosto emails to another system is to export the list manually and import it to a 3rd party system like an ESP. As an alternative, it’s recommendable to adjust the unsubscribe link in Nosto’s emails and point it directly to ESPs (or similar) unsubscribe form and synchronize blacklisted emails from an ESP back to Nosto by using API.